Classical science teaches us that the three phases of matter are gasses, liquids, and solids (and the newer plasmas, Bose-Einstein condensates and liquid crystals). Some solids crystallize into a lattice structure called metals. What classical science does not teach us is that there is, in fact, another phase of matter called monatomic. These monatomic materials have ceramic-like properties.

Microclusters
Nuclear physicists discovered in 1989 that the atoms of some elements exist in microclusters. These are tiny groups of between two and several hundred atoms. Most of the transition group precious metals in the center of the periodic chart exhibit a monoatomic state. If you have more than a specific number of these atoms in a microcluster, the atoms will aggregate into a lattice structure with metallic properties. If you have fewer than that critical number of atoms, that microcluster will disaggregate into monatomic atoms with ceramic properties. Monatomic atoms are not held in position by electron sharing with their neighboring atoms as are atoms in a classical lattice structure. The critical number of atoms for rhodium is 9 and the critical number of atoms for gold is 2.

The significance of this is that if you have two or more gold atoms in a microcluster, it will exhibit metallic characteristics. However, if you have 9 or fewer atoms in a microcluster of rhodium atoms, the microcluster will spontaneously disaggregate to become a group of monatomic rhodium atoms. You might wonder why there is one equilibrium state at a certain deformation level and a different equilibrium state at a different level of deformation. This is a question for nuclear scientists to ponder.

After reading the above statement, one observer commented that the statement is not altogether true. He says: "There is a sort of shadow chemistry which still works on monoatomic elements. David Hudson speaks of the same color changes in monatomic chemistry as occur in metallic chemistry. From alchemical understanding, I suspect that similar chemical reactions still occur but at a much reduced rate. In other words, a chemical process which takes a few days with metallic chemistry may take months or years using this "shadow chemistry." For the sake of consistency, we might want to call this "shadow chemistry" "alchemy."

These are very recent discoveries and the full implications have yet to be evaluated by the scientific community. You won't find this in textbooks yet.

In general, a metallic element is physically stable and is a relatively good conductor of both heat and electricity and is usually chemically active. (Metals typically rust and/or corrode.) To the contrary, monatomic atoms of the same element behaves more like a ceramic in that they are generally poor conductors of both heat and electricity and are chemically inert. In addition, according to Hudson, monatomic elements exhibit the characteristics of superconductors at room temperature.

Russian scientists at the Institute of Mineralogy, Geochemistry, and Crystal Chemistry of Rare Earth's in Kiev explicitly state in their literature that atoms in lattice structures are metallic in nature and that these same atoms in the monatomic state are ceramic in nature. However, Dr. Kogan of the institute does not support all of Hudson's findings as being scientifically valid. It would be worthwhile if we could obtain a detailed critique of Hudson's work from that institute.

Monatomic atoms have been observed to exist in all the heavy elements in the center of the periodic table. These are the elements which have "half-filled" bands of valence electrons and include the following elements. Their atomic numbers are given in parenthesis (the atomic number represents the number of protons in the nucleus.) Ruthenium (44), Rhodium (45), Palladium (46), Silver (47), Osmium (76), Iridium (77), Platinum (78), and Gold (79). Other metallic elements in the same part of the periodic table have also been observed in microclusters. Because the atoms of monatomic elements are not held in a rigid lattice network, their physical characteristics are quite different from atoms which are locked in the lattice. Thus, it is the grouping of atoms which defines the physical characteristics of the element; not just the number of neutrons and protons in the nucleus as previously believed. If you don't have a lattice network, you don't have a metal even though the atoms of the two forms of matter are identical!

This might be nothing but a scientific curiosity except for the fact that Hudson now claims that a relatively large amount of this previously undiscovered monatomic matter seems to exist in the earth's crust.

Limitations of Analytical Chemistry How could it be that a small percentage of the earth's matter could be comprised of material which heretofore has been completely undiscovered? It has to do with the theory of analytical chemistry. None of the detection techniques of analytical chemistry can detect monatomic elements. They can only detect elements by interacting with their valence electrons. Because the valence electrons of monatomic atoms are unavailable, the atoms are unidentifiable. To detect a monatomic element requires that you first convert it from its monatomic state to its normal state to allow the element to be detected with conventional instrumentation. As a result, this phase of matter has existed as a stealth material right under the noses of scientists without detection until very recently.

Some observers claim that there should be reliable detection techniques for monatomic matter but you have to know what you are looking for to make use of the techniques. If you do not suspect that monatomic matter exists, it is unlikely you will accidentally find it.

Peculiarities of Monatomic Elements The monatomic form of an element exhibits physical characteristics which are entirely different from its metallic form. These differences are currently being investigated by nuclear physicists so it isn't possible to make an exhaustive list of the differences. A few of the differences will be noted.

Classical literature states that the white powder has a fluorescent-like glow. Hudson says that this powder behaves as a superconductor at room temperature, giving it very interesting properties. Because it is a superconductor, it tends to "ride" on the magnetic field of the earth, giving it the powers of levitation. It has been found to be very difficult to determine the specific gravity of monatomic elements because the weight varies widely with temperature and the magnetic environment. Under some circumstances, monatomic elements weigh less than zero! That is, a container full of monatomic matter could be observed to weigh less than the empty container. 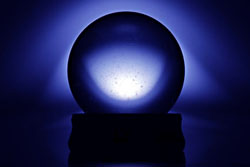